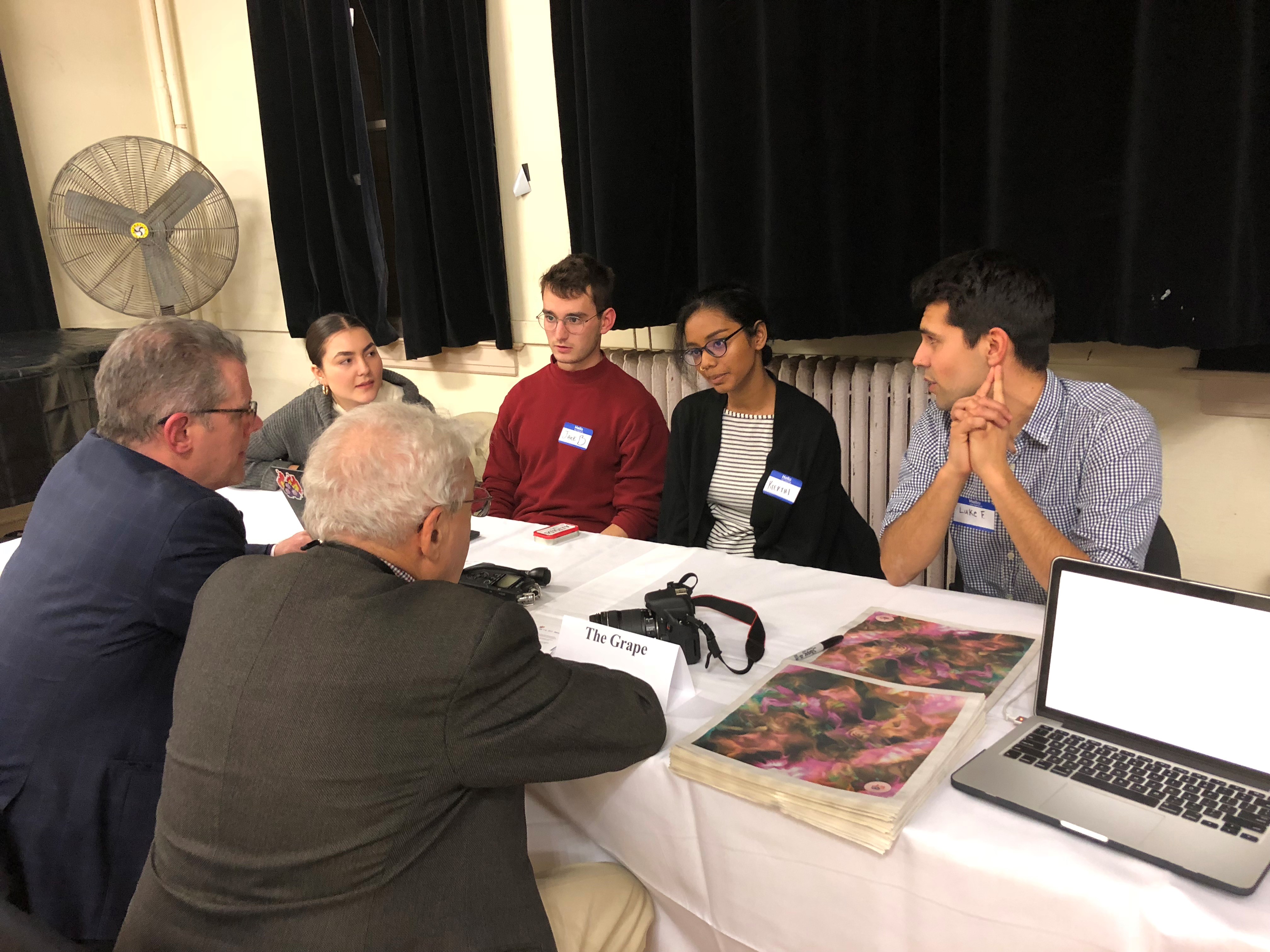 I remember the first time I told another student I’d rather not eat with them. We weren’t friends but had been cordial with each other for years.

One night my friend Chuck called me. Earlier that day he had seen Ricky and me sitting next to each other at a local coffee shop. Later that night, he confronted me on the phone. Hey, I saw you earlier with Josh. I’m not sure if you know this, but he raped my friend our first-year.” He then went on to discuss how he didn’t find us being friendly fair to him or his friend who was assaulted and would prefer that I did not talk to him.

This was hard for me, as Ricky and I were never close friends by any means but had always been pleasant.  He also raped my friend’s friend, and that was unacceptable.

In the midst of national conversations regarding civility, particularly in this tense and polarized political environment, it has become apparent that one group understands civility in its nuance: college students. College students and American universities have recognized that civil society does not let those who inflict harm on others go unchecked. And while it feels as if we have been consistently discredited and demonized by liberals and conservatives alike for our zealous advocacy, it seems like the nation is quickly catching up.

Contemporary college students have faced disapproval at the hands of an older, educated class that values civility over abstracts like justice, fairness, and moral courage. They value civility over our protest, our freedom to learn in our classrooms without being subjected to thinly veiled bigotry disguised as scholarship, and our will to honestly express free speech.

Last week, the national nightmare that was Trump’s child separation policy quickly to came to international attention. Everyone from Michelle Obama to the Pope himself decried the cruel acts of Trump’s team. What was different about this incident—as opposed to the public’s response to leaving the Paris Climate Accord or other travesties of the Trump Era—is that people decided that messing with kids was crossing the line. It crossed the boundaries of what people will tolerate in civil society. So when they saw the responsible Trump administration and staffers in public, they told them to get out.

In the case of Sarah Huckabee Sanders, being a responsible citizen does not include acting as the mouthpiece of an unapologetically violent administration. Stephanie Wilkinson, co-owner of the Red Hen who famously and kindly told Sarah Huckabee Sanders to kick rocks, gets it. She realized that a standard of ethics exists within her community (in this case, the patrons and staff of her restaurant) to protect. And she did.

DSA supporters understood that to dine with the public (in a Mexican spot, nonetheless), there are certain requirements for participation. The most obvious of them? Not executing a policy of child detainment. Even that one Senate intern got it, albeit brashly. Now infamous for yelling “Fuck You!” so loud to Pres. Trump that it roared across the Capitol Rotunda, her words generated national buzz on social media during a particularly saturated news cycle.

Some posit the argument that this is a slippery slope. If we start telling Sarah Huckabee Sanders not to eat with us, then what’s to stop future Republicans from doing the same? The reality is that college students have already done this. We have been targeted by people who think we’re too loud, boisterous, and radical. Our advocacy is often compartmentalized as general teen angst, unfiltered and unexamined. In extreme cases, college activists have faced physical violence as retribution. I have gotten hate mail all the way from Australia for seeing racism and publicly rebuking it.

Let me be clear; I don’t think everyone is as bad as the worst thing they’ve done. I don’t think morality is cut and dry, and moral absolutism can be toxic. Just as I’m still confused about my relationship with Ricky, I am clear in understanding that to live in civil society has expectations. When those expectations are not met or rejected, civil society and communities will respond.

College students realize, better than those in the Trump Administration seeking sympathy after rejection, that our actions have consequences. Not only do we know what they are, but we embrace them. We revel in our civil disobedience and we honor John Lewis’ devotion to “good trouble.” It’s not even just college students—high schoolers are saying “enough is enough.”

As America has another moral moment over civility—who defines it and who is understood to exhibit it—maybe it ought to turn its head to the Ivory towers that have increasingly struggled to make peace with it. Rep. Maxine Waters was right to ask us to tell members of the Trump administration actively carrying out violence that “they are not welcome anymore, anywhere.”

If only they had a safe space.