Sankofa is an Akan (Ghana) word which roughly translate to go back and get it. Upon arriving in Tema, I was immediately introduced to the phrase and its proverbial meaning. “Where are you from?” asked a vendor carrying beautiful fabrics. “America,” I responded. “No, where in Africa are you from?” I wasn’t sure how to respond, because I genuinely had no clue. Soon after, he sold me a bracelet with the sankofa symbol etched in. “Welcome home,” he said.

I had a phenomenal time in Ghana—and it felt so different from all the other ports we visited. For some reason my buddy Markus decided he could tolerate traveling with me the entire port, so we did. And we really had no plans; it was a “wing-it” port. Fortunately, one of my friends from Oberlin, Aaron, was studying at the University of Ghana in Accra, and he offered to hang out with us during our first day.

The original plan was to have him come to the port and tour the ship. Of course we had a lack of communication and I never explicitly told him to bring his passport, so he couldn’t get in the port when he arrived. But all was not lost. We met him at the port gate and immediately headed out into town to grab Markus a SIM card and to exchange currency. I was immediately stricken.

Everything felt different. Everything smelled different. Everything was different People actually looked like me. It was glorious. From the market, Aaron got us on a tro tro headed towards the Accra Mall. Tro tros are a common method of transportation in Ghana—a series of vans that function as public transportation at what I considered extraordinarily cheap rates. The tro tro was packed and it was hot, but we had a blast together taking in all the sights and learning about Aaron’s experience at the university.

Eventually we made it to the mall and grabbed lunch. Markus and I took this as an opportunity to figure out what we were doing for the rest of our time in port. Since we both packed bags for overnight trips, we booked an Airbnb in Accra. Aaron needed a haircut too, so we decided to join him at the barbershop. The barbershop was actually in (roughly) the university, so we headed there first. It was at the university that we were introduced to an unfamiliar concept—bagged water. Because it’s cheaper than bottled, many Ghanaians drink water sealed in tiny square pouches made of thin plastic. It honestly wasn’t bad, though I still prefer bottled.

At the university we visited the Center for African Studies. It was a nice space, but I was genuinely surprised by the relatively small size of the center in comparison to other campus spaces. In hindsight, it made sense. One of the activists I met in Cape Town told me that many of the best places to study African and African diasporic studies were in the United States. Adjacent to the University gates was a market of sorts: small compartmentalized spaces where services and products were offered. It was there, in a tiny, tiny nook, that we found Aaron’s barber.

We must’ve stayed in that shop for at least 2 hours, but there are very few things I would have rather done instead. One of the best ways to learn and begin to understand a cultural is through oral story-telling. The barber, whose name I’ve sadly forgotten, had no shortage of things to say. Besides being friendly and personable, he was also extremely excited to cut Markus’ hair—much more so than Markus was to get his hair cut.

Markus is from Norway. Some days, his hair is so blonde that it reflects as clear/white in the sun. It’s straight but curls with length. Ultimately, it’s very different than mine or Aaron’s. So you’d need a different cut, right? Wrong. After some friendly and only slightly hostile peer pressure, I convinced Markus to get a fade and part like Aaron and I. The cut ended up being a great spectacle.

Night began to fall and we wrapped up our long day with a trip to the medina (a bigger market) and headed to our Airbnb. Our new home was quite the challenge to find. Eventually, with the help of Apple Maps and our Uber driver, we found it. The place was beautiful, comfy, modern, and cozy. It was in a private complex with a 24/7 officer, so we felt extremely safe (maybe even a bit too much).

Our friends were also in Accra by that point, so we freshened up and headed back into the city to meet them. We settled on a spot called 233 Jazz; it was a very nice outdoor restaurant/club with live jazz music. The singer was phenomenal. I was so impressed and in awe that I talked about it the whole evening.

On our first day, when we were figuring out our plans for the port, we decided we had to visit Cape Coast Castle. In good traffic it was three hours away from our ship, which made getting there our biggest challenge. One of our Uber drivers was playing great (trap) music, so I jokingly asked him if he’d be willing to drive us up to Cape Coast Castle. He thought about it for a moment and agreed. It was really that simple. Granted, when the time came, we were a little concerned about getting in this unfamiliar person’s car and driving three hours away from home. But what’s life without a little adventure?

And what an adventure it was. Ibrahim, our driver, picked us up on the third day. I made Markus sit in front because he’s the sociable one who likes to talk during car rides. The trip was pretty lengthy, but we slept nearly the entire ride there. I only woke up a few times, like when we were stopped by the Ghanaian military and had our vehicle searched.

When we arrived to the Cape Coast region, I was immediately dazzled by everyone’s beautiful Sunday’s best clothing (we were there on a Sunday and service was taking place). The feeling of love and community was palpable, and reminded me of home quite a bit.

And then there was the actual castle. Visiting the castle was a sobering and at times emotional experience for me. To know that this was one of the hubs on the West African coastline where Africans were separated from their families, beaten, killed, and packaged like property for sale was a heavy load to bear. Fortunately, I had Markus by my side, who aided me throughout the tour and experience.

We started out by visiting the castle’s museum. The museum was actually very nice—a good, brief, succinct history of the transatlantic slave trade and its impact on the world. It reminded me a lot of the Charles H. Wright Museum of African-American History in Detroit. One item that struck me in particular was the pair of shackles for women and children displayed on the wall. They weren’t abnormal or anything, but they reminded me of the ones in my home. A few (many, really) years back, my mom obtained a pair of slave shackles from a former plantation in Georgia and had them shadowboxed. Now they rest with dignity on our walls as a constant reminder of history and its influence on the present.

The self-guided tour through the museum ended and we were given a tour of the castle grounds. In one sense, it was awful. You could still smell the stench of bodily fluids emitting from the structure. In one area of the dungeon, where the slaves were kept in deplorable conditions, there was a layer above the brick said to be decomposed and cemented human matter. I was hot standing in the dungeons for five minutes listening to the tour guide, so I could only imagine being packed in there with hundreds of others like so many enslaved people were. The physical structure was sickeningly beautiful. I couldn’t escape the reality of a white castle, with white usually representing purity among other virtuous ideas, being a place where one of the greatest evils of mankind was conducted.

I didn’t realize it until shortly after leaving, but the Cape Coast region is significantly poorer than Accra and surrounding areas. It takes a lot for me to be shocked by poverty, just because of my proximity to it in varying circumstances, but my heart was nearly broken when a kid looked through my window and asked for the crumbs of a baked good and the last swig of water I had sitting in a bag to be thrown away. Kids also came up asking for hand sanitizer, which I happened to have. That seemed to be a common request, though I’m unsure if they wanted it for sanitization purposes or not. Regardless, they left an impact on me.

My time in Ghana inspired me to pick up something I almost put down for good. Freshman year, I took an introductory course on African studies. I was extremely fascinated by the complexity of the subject matter. This year, I was unable to continue taking courses in Africana studies due to scheduling issues. I’m committed now; my time on Semester at Sea has inspired me to pursue a minor in Africana studies.

Beyond that, I’m now extremely interested in learning more about my genetic, ethnic, and social background. When asked where in Africa I was from, I was flustered. I’d never taken the steps to really understand that. As far as I know I’m from Detroit, and my grandparents were born in Louisiana. But when the vendor sold me a bracelet when the sankofa symbol on it, I really didn’t want it. It was cheap and dainty and I wasn’t looking to make a purchase. In that moment, though, I started to reflect on what and where my roots are. I don’t know them now, but I’m committed to knowing them at some point.

Ghana marked the beginning of my sankofa journey. 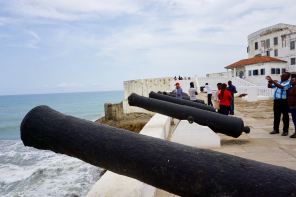 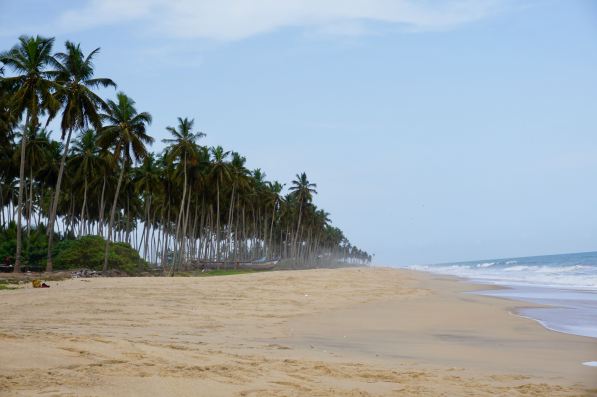 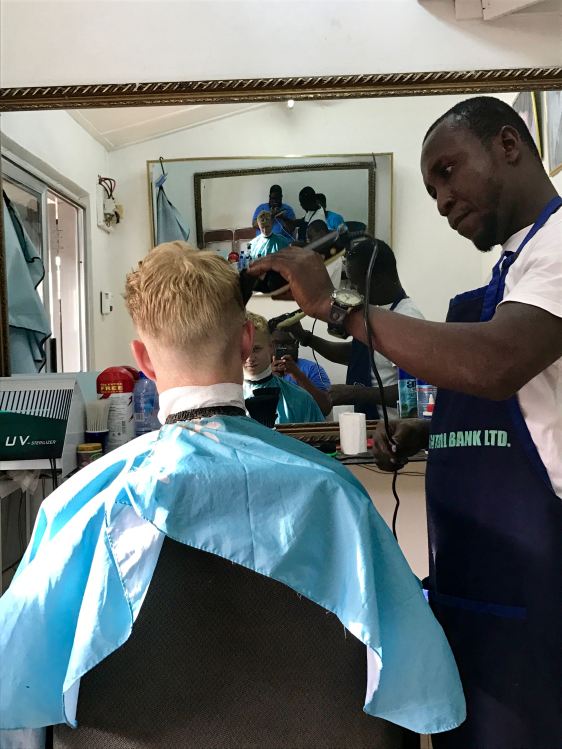 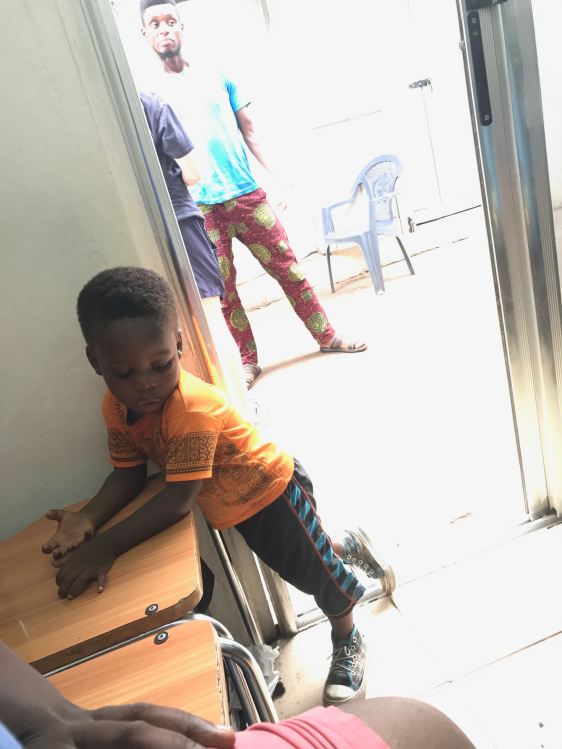 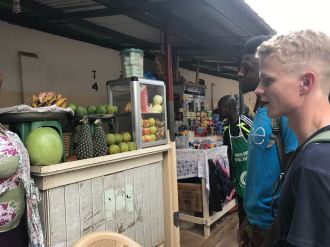 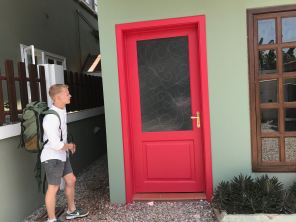 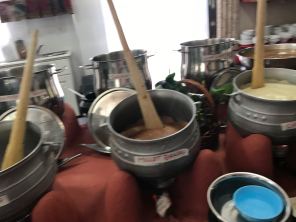 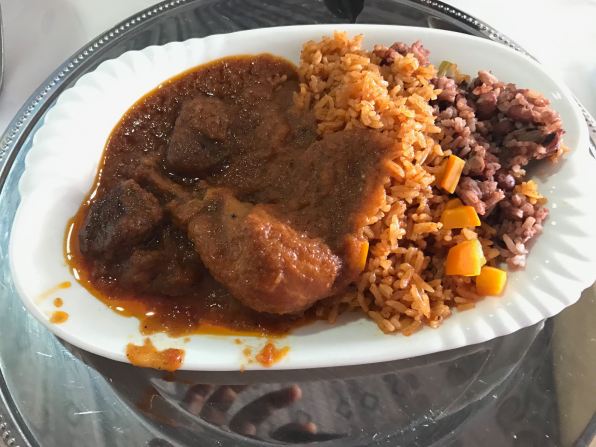 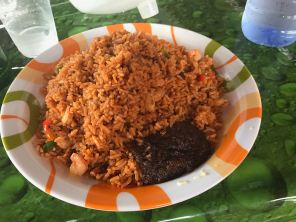